The thyroid gland is located in front of your neck just below the voice box (larynx). It makes two hormones thyroxine (T4) and triiodothyronine (T3) that regulates body metabolism. Thyroid hormone production is controlled by another hormone called thyroid-stimulating hormone (TSH), which is released by the pituitary gland, a pea-sized gland located in the brain.

Human chorionic gonadotropin (hCG) and estrogen are the hormones produced during pregnancy that causes increased thyroid hormone levels in your blood. Estrogen increases the amount of thyroid-binding globulin, a protein that is responsible for carrying thyroid hormone. Sometimes the interpretation of tests for thyroid disease is difficult because of the normal changes in the thyroid activity that occurs during pregnancy.

Thyroid hormone is very essential for the normal development of the fetal brain and nervous system. During the first trimester of pregnancy, the fetus is completely dependent on the mother for supply of thyroid hormone. At 10 to 12 weeks, the baby’s thyroid gland begins to produce thyroid hormone on its own. The baby, however, remains dependent on the mother for supply of iodine, which is essential to make the thyroid hormones. During pregnancy women need about 250 micrograms (µg) of iodine per day which can be ensured by use of iodized salt, salt supplemented with iodine.

During pregnancy, the thyroid can slightly increase in size but is not apparent on physical examination by the physician. However a significantly enlarged gland can be a sign of thyroid disease and should be assessed.  The symptoms such as fatigue, higher level of thyroid hormone in the blood, and enlarged thyroid size are common to both pregnancy and thyroid disease can make the diagnosis difficult.

The most common cause of hyperthyroidism during pregnancy is Graves’ disease. Graves' disease is a condition in which the thyroid gland produces excessive hormones (hyperthyroidism). With Graves' disease, the immune system makes antibodies that attack the thyroid cells and stimulate the thyroid gland to make more thyroid hormone than your body actually needs. Graves’ disease may be present initially during the first trimester, and in women with preexisting Graves’ disease, the condition may often improve during the second and third trimester of pregnancy but may worsen during the post partum period. In addition to other causes very high levels of hCG, seen in severe forms of morning sickness (hyperemesis gravidarum), may cause transient hyperthyroidism that usually resolves by the second half of pregnancy. Uncontrolled hyperthyroidism during pregnancy can cause congestive heart failure, miscarriage, premature birth, low birth weight, thyroid storm (severe hyperthyroidism), and preeclampsia (high blood pressure in late pregnancy).

Hyperthyroidism during pregnancy is treated with anti thyroid drugs that interfere with thyroid hormone production. These drugs cross the placenta and can impair the baby’s thyroid function and cause hypothyroidism, so the lowest possible dose should be used.

Surgery to remove all or part of the thyroid gland is rarely done and is considered only for women who cannot tolerate antithyroid medications. Radioactive iodine therapy is not indicated during pregnancy because it can damage the fetal thyroid gland.

Hypothyroidism during pregnancy is treated with synthetic thyroxine, which is same as the T4 made by the thyroid gland. In women with known hypothyroidism, the dose is adjusted as needed to maintain normal thyroid function throughout pregnancy.

Discuss with your doctor if you have symptoms such as fatigue, lethargy, or postpartum depression that remain for a long period of time. In such case you may have developed permanent thyroid condition and may require treatment. 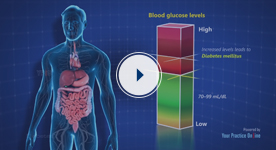